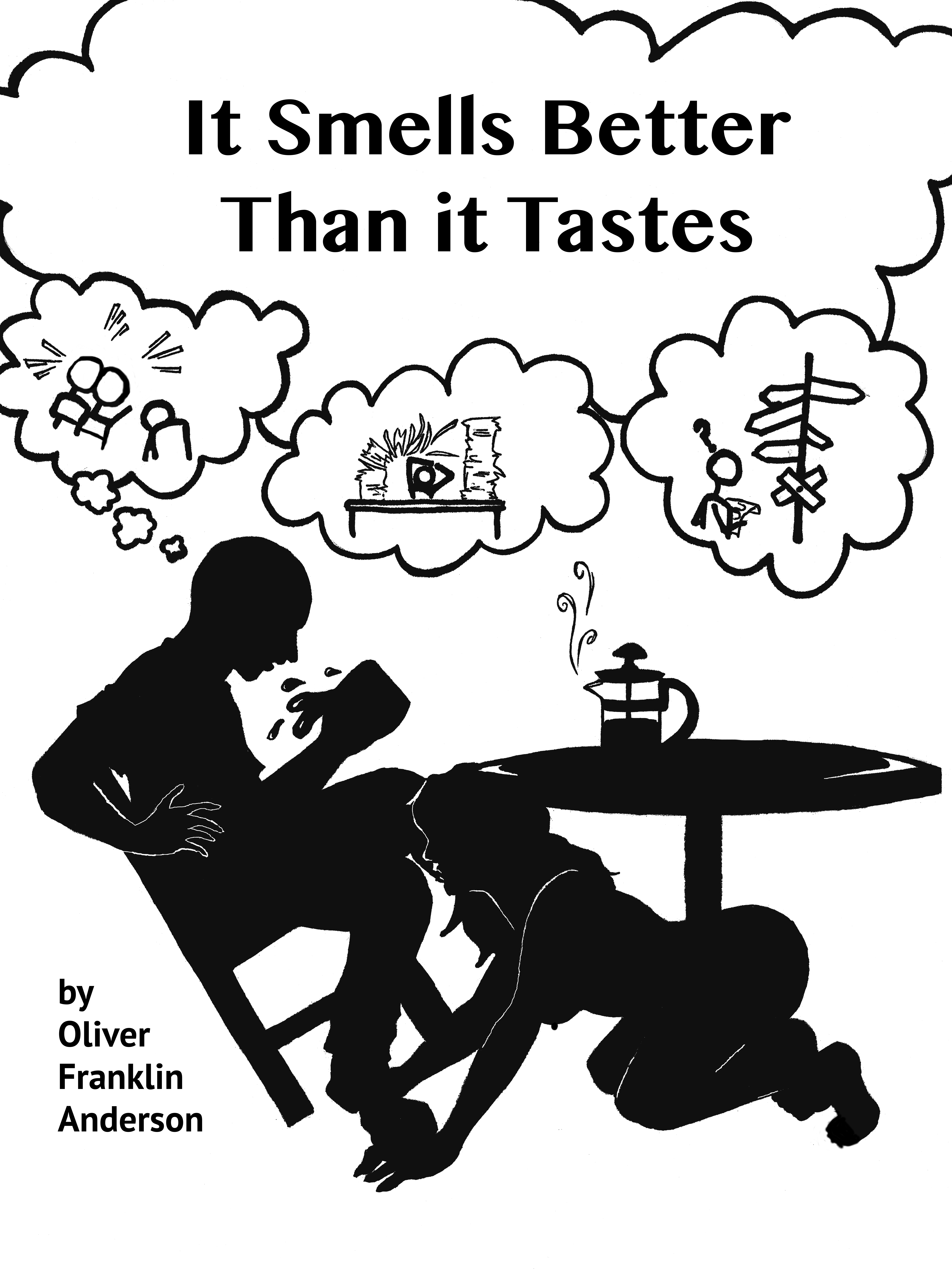 Well, with everything in life, whatever you produce, it seems that there has to be a website attached to it. So after spending a year and a half brainstorming, writing, editor editing, my own intense edit, another final editor editing, my last revisions, sourcing an ebook conversion company, spending way too much time finding a book cover artist and being depressed and finding energy to push through, the website was the last remaining piece of the puzzle.

So what does somebody like myself talk about? The book. Myself. But not too much, though. I can only take myself seriously for a short time.

So, I hope to God that this doesn’t sound too pretentious. Just a little is okay, just enough for people to feel that I’m full of just a little shit.

The story, It Smells Better Than it Tastes, was an idea that took me 11 days to write. The actual writing was a blur. I just kept writing until I couldn’t write anymore. Which, as I just explained, didn’t take long at all.

However, on the notion of this being autobiographical or purely made up or a sprinkle of both:

-Imagination is absolutely incredible. But reality and living forces creativity out.

But still, why did I write this story?

Well, the simple answer is that I wanted to provoke the idea of choices to the reader. My aim was to highlight how important it is to follow through with our choices, despite others viewing them as risky and discouraging us from moving forward. However, any decision made has real consequences.

I have one last thought to leave you with…

Mark, the shining light of the story, depending on how you see him, showed me that I can have true compassion for him. A person who is lost, angry at the world, not happy with himself, and so badly wants to throw everything and every person out of his life, feels that’s the only possible act for him to ever be happy, is a challenging paradigm to swallow whole. Even though, on the outside, Mark’s world seems the opposite.

Interesting, right? Well, it probably is a yawn fest to you. But think about that for a minute. What you see on the outside is not what is true in the root. We humans are constantly lying to each other, but probably lie to ourselves even more. The question is, which lies hurts more?

The struggles of Mark and the realizations of outcomes of the choices made is what I hope that I was able to accomplish.

To get lost, found and wrapped up into a made-up world. To escape and run away from your real world…but just for a very short time–especially, in reference, to your whole existence on this lovely, lovely, fucked up planet.